A Very Brief (and Limited) History of Computers, the Internet and 3D Printing

How the Future of 3D Printing is Repeating History

We are witnessing the birth of a technological revolution. 3D Printing is following in the footsteps of the personal microcomputer (i.e. what we typically call a desktop) and the Internet/ World Wide Web. It will change the lives of billions of people forever.  It will force governments to rethink the way they govern, require business to develop new and better systems, and the public will have to adopt a new way of living and thinking.

We want to be a part of that revolution and help with the process of bringing 3D Printing into the mainstream public.  We believe the best way we can contribute to this movement is by reducing and hopefully eliminating the difficulty in printing when it comes to using 3D filament. We believe you should love the filament you use not just tolerate it. Currently, we see the biggest difficulties relating to filament to be: its inconsistency, its lack of quality, and lack of a support system (i.e. customer service).

Below is a brief history of computers, the Internet and how 3D Printing is following in their footsteps. 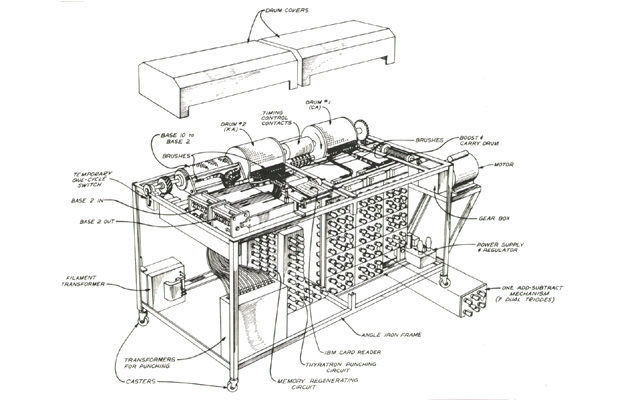 Credit for the first modern electronic computer was given around the late 1930s and early 1940s with the first electrical computer called the “ABC Computer” by Professor John Atanasoff and Clifford Berry at Iowa State University. This was the predecessor to the ENIAC computer which was the first patented computer but later had its patent voided because it was deemed a derivative of the ABC computer.

However, it wasn’t until 1962 when the first desktop personal computer called the Programma 101 was invented by Italian engineer Pier Giorgio Perotto and revealed in 1964 at the New York World’s Fair.  Then in 1968 what is called “The Mother of All Demos” by SRI researcher Douglas Engelbart previewed what is now considered standard today: e-mail, hypertext, word processing, video conferencing and the mouse.

In the mid to late 1970’s the microcomputer, which is more or less what we think of computers today, started hitting the marketplace.  The first ones were sold as kits in limited volumes and were of interest mostly to hobbyists and technicians. They also required the user to add such things as a keyboard, monitor, disk drive, etc.

From there, a rush of companies started bringing out pre-assembled personal microcomputers. Some popular examples are the Micral by R2Em which was the first in 1972, the Apple I by Apple Computer in 1976, the Commodore PET by Commodore Intl’ in 1977, the Apple II in 1977, the TRS-80 by Tandy Corp./Tandy Radio Shack in 1977. 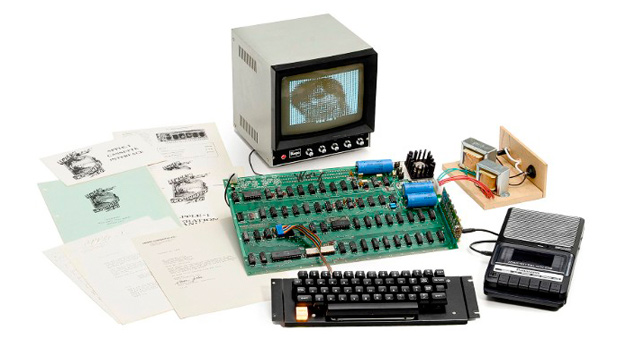 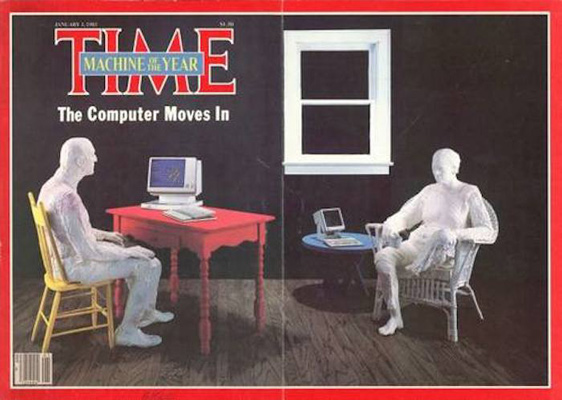 You could say the computer became a permanent part of mainstream in the early 1980s. This was solidified by Time magazine naming the computer the “Machine of The Year” in 1982. As we know, the explosion of computers has impacted all of our lives, and of course the Internet (or more accurately the World Wide Web) was dependent on the acceptance of the personal computers by the mainstream public.

Officially the Internet or “the Net” is a global series of interconnected IP computer networks or a network of networks that consists of millions of private, public, academic, business and government networks. Built on to that infrastructure is the World Wide Web (WWW) which is a collection of interconnected documents (web pages) and other web resources, linked by hyperlinks and URLs, which are primarily what the general public considers to be the Internet or “the Web”.

The Internet was first commissioned in the 1960s by the U.S. government to build a robust, fault-tolerant communication system via computer networks. Along with the UK and France assisting, this was the first creation of this network.

The first of these “networks of networks” was the Advanced Research Projects Agency Networks (ARPANET) with the first two nodes (i.e. connection points) being UCLA’s School of Engineering and Applied Science and Douglas Engelbart’s NLS system at SRI International in Menlo Park, CA on October 29th, 1969. Dougles is the same person who hosted the “Mother of All Demos” only 1 year earlier. The third location was Culler-Fried Interactive Mathematics center at the University of California at Santa Barbara, and the fourth was the University Of Utah Graphics Department. By the end of 1971 there were 15 locations (nodes) interconnected. Interestingly enough this was document in the film “Computer Networks: The Heralds of Resource Sharing” by Steven King (not the popular author). 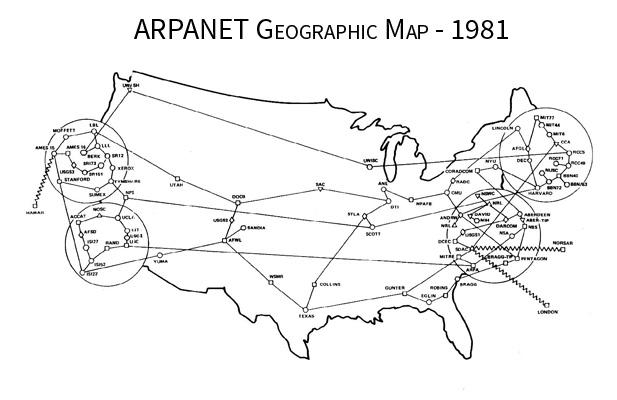 It was around this same time in the mid-1990s that web browsers became available for the general public to access the Internet via the World Wide Web.  The first was in 1990 called WorldWideWeb (later remained Nexus). Then Mosaic lead by Marc Andreessen in 1993, which many see as the spark of the Internet boom.  Andreessen and the Mosaic team then started their own company and released Netscape Navigator in 1994. This became the world’s most popular browser accounting for 90% of all web usage at that time.

The development of a graphical and easy to use browser opened the door for the Web’s popularity by the general public to explode exponentially. For example by the end of March 2011 it was estimated that over 2 billion (30%) of the world’s population were accessing and using the Web. 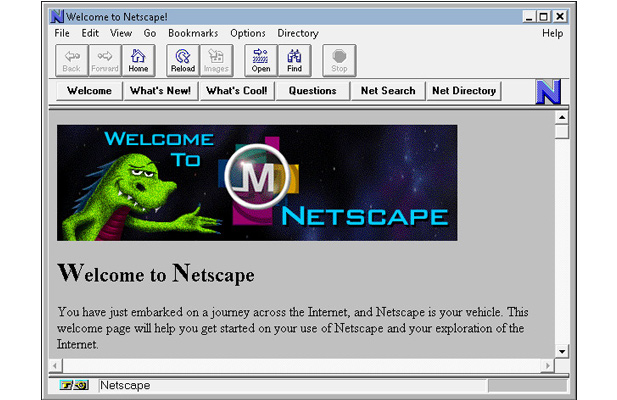 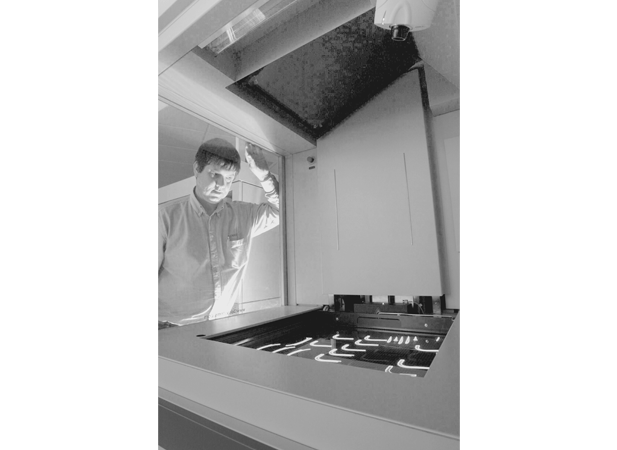 3D Printing or Additive Manufacturing (AM) first emerged in 1987 with Stereolithography (SL) by the company 3D Systems, Inc. Its first commercially available model was the SLA-1 and solidified thin layers of ultraviolet (UV) light-sensitive liquid polymer using a laser

In 1991 three AM technologies were commercialized: fused disposition modeling (FDM) by Stratasys, Solid Ground Curing (SGC) by Cubital, and Laminated Object Manufacturing (LOM) by Helisys. In 1992 Selective Laser Sintering (SLS) by DTM (now a part of 3D Systems) became available and used the heat from a laser to fuse powder materials

From then on there have been many new types of AM process introduced and improvements made to the current methods. During the 1990s and early 2000s the costs for these systems had steadily come down, but were still too costly for the general public.

2007 was a key year for 3D Printing as it concerns the general public (even if they aren’t aware of it yet).  This is when patents relating to Fused Disposition Modeling (FDM) expired and other companies could start to use them in their own machines. Utility patents last a limited numbers of years and then they expire allowing the public to begin utilizing them without the requirement for licenses or paying royalties.

These inexpensive models were released in the form of kits and fully assembled machines based on the RepRap open-source project. This kicked off the most recent expansion of desktop style 3D Printers that use filament (both PLA and ABS) to create 3D objects.  This created a lot of news related events for 3D printing and put it in front of the general public.

2014 is another key year for 3D Printing. This is the year key US Patent 5597589 expires. The patent relates to the use of Selective Laser Sintering (SLS) which uses powders of various metals and other materials to be fused together by the heat of a laser.  The benefits to SLS are that the materials are metal and the finished product is much smoother, and stronger in comparison to FDM. 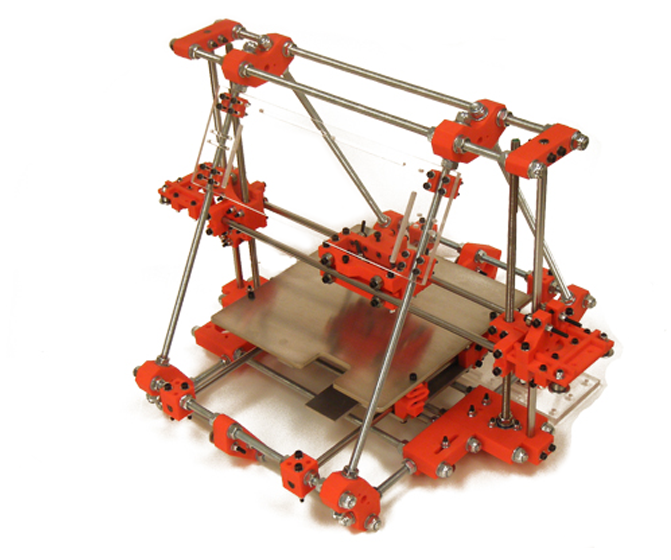 Currently the trends for 3D printing are showing a shift from using 3D printing as solely a tool for prototyping into a reliable and scalable tool for custom and small production run manufacturing. There are many hurdles to jump for this to become a reality but it almost certainly will happen, it’s just a matter of time at this point.

NOTE: A far more detailed and thorough history of 3D Printing can be found here by Wohlers Associates.  They also produce an annual report at the same website which is very extensive and helpful to understanding the basics of the AM industry.

What We See the Future to Be

We see 3D Printers following very closely to the adoption cycle of personal microcomputers.  In addition, we also see it following a similar pattern to the Internet with its ability to disseminate ideas along with the added twist of them being married to physical materials that can literally put form to those ideas.

Below is a comparison timeline of personal computers vs. 3D printing and their similarities:

1942 —
First electrical computer
(20 years later)
1962 —
First desktop computer
1968 —
The “Mother of All Demos” by Douglas Engelbart
1970’s —
First desktops were sold as kits to mostly hobbyists and technicians
Early 1980’s —
General public becomes aware, typified by Time Magazine’s “The Machine of the Year” award in 1982
Mid 1980’s —
Becomes much easier for general public to use with introduction of Graphical User Interface (GUI) operating systems like Mac OS and Windows
1980’s to Present —
Exponential increase in power and versatility. Plus cheaper for consumers. Full acceptance into daily life by public and its usage becomes almost ubiquitous

1987 —
First 3D printer
(20 years later)
2007 —
First “desktop” 3D printer – sold in kits and assembled by mostly hobbyists and technicians
20** —
Needs a “Mother of All Demos” moment
20** —
Awareness & full acceptance by general public
20** —
Made simple, easy, reliable and intuitive to use for general public (e.g. An all in one unit with a printer, screen, computer, etc.?)
20** —
Becomes more powerful, versatile, intuitive & cheaper for consumers. Easy enough for a young child to use.

There is one big exception when comparing 3D Printers to Personal Computers and that is the Internet, or more accurately the Web that works because of the Internet.  Personal computers did not have the Web to propel its awareness and usability like 3D printers do.

This is why we feel that 3D printers will be adopted by consumers in a much faster way than personal computers.  In addition, 3D printing impacts your physical world on the same level that the Web impacted your ability to receive and disseminate information.

3D Printers give you far greater control by decentralizing the production process, increasing flexibility, and fostering creativity, just like the Web decentralized the transmission and control of information while also making it more flexible thus increasing your ability to be more creative.

We stand by our filament, let us prove it to you by offering a test sample of your choice of color. Test a sample now before buying a whole roll.